I just bought the Firebase Service Account pluging - is there any documentation that may assist in configuring this screen for a simple database read API call? 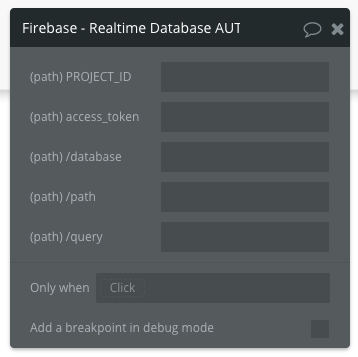 Build stuff without code and launch a startup without a tech-cofounder! Bubble is a visual programing language. Instead of typing code, use a visual editor to build applications.

Thanks for the speedy response levon, I have seen this demo and it doesn’t help with what I am trying to achieve.

The screenshot I pasted earlier I (assumed) is to be able to read my firebase database, I just need some assistance with the the values required in order to get data back from firebase.

in an effort to help visualize my issue, I want to pull all the data under a particular branch of my firebase database.

In saying that, I know some of the values required below, I just need assistance to help populate the others: 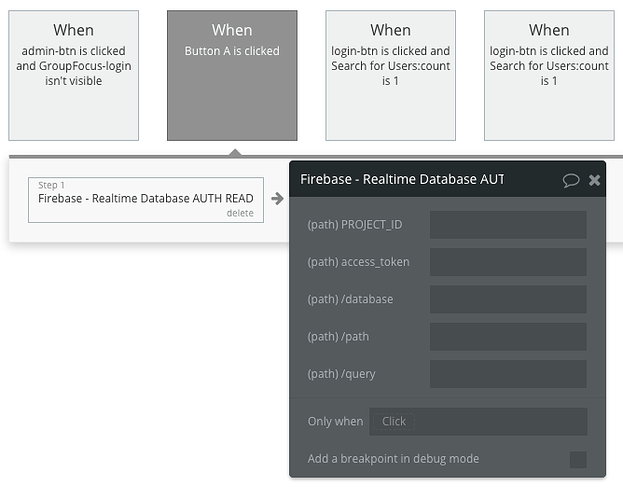 can you please advise?

According to the description on your site, this plugin allows for the connection to a firebase database using a service account, which is what I am trying to achieve and the only reason why I purchased it. If this is not possible then I believe the description is truly misleading and perhaps may request a refund. 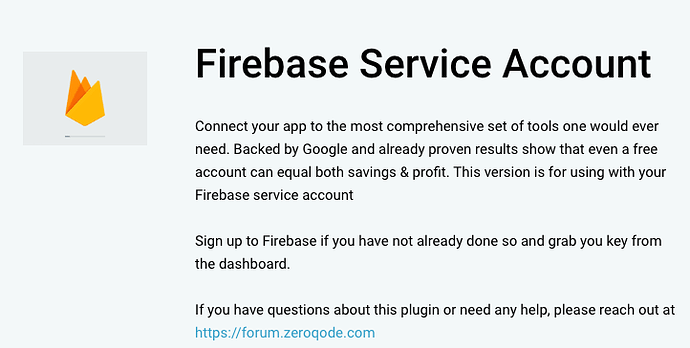 Hi Rogelio,
sorry for a delay,
we have just updated the plugin and the demo page with some explanations:
please check it out here:

Build stuff without code and launch a startup without a tech-cofounder! Bubble is a visual programing language. Instead of typing code, use a visual editor to build applications.

thanks, but this is no help either.

Not sure if you read my earlier posts.

I don’t need to sign-up or sign-in as a particular user.

Since I have the details of my firebase service account I want to authorise Server-to-Server as explained in this excerpt from the following link Using OAuth 2.0 for Server to Server Applications

The Google OAuth 2.0 system supports server-to-server interactions such as those between a web application and a Google service. For this scenario you need a service account, which is an account that belongs to your application instead of to an individual end user. Your application calls Google APIs on behalf of the service account, so users aren’t directly involved. This scenario is sometimes called “two-legged OAuth,” or “2LO.” (The related term “three-legged OAuth” refers to scenarios in which your application calls Google APIs on behalf of end users, and in which user consent is sometimes required.)

Rogelio, it looks like you didn’t look at the demo page I just shared. It’s not about Oauth it’s about service account and I know the difference.
Please click the demo page link and read the instructions very carefully, thanks
the example at the bottom of the page is to create a user (not to sign up as a user) under your service account.
And the plugin comes with all the read/write/edit calls for the firebase database.

I’m confused - your Firebase Service Account plugin states the following…I understand this that using my Service Account key etc… I can get access to all my database, is this not the case? 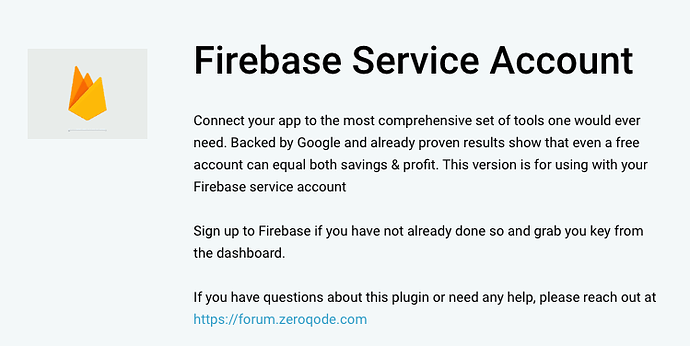 Please read my response - i did look at the demo page carefully, in fact I had already seen this.

This demo is not what is described in the objective of this plugin, please help me understand whether using my firebase service account I can get access to my firebase database in bubble via the API connect/plugin?

yes, you can access to your firebase database in Bubble using this plugin. You don’t need to use API connector separately. All you need is to follow the instructions in the demo page to get your credentials insert them in the plugin and then configure the calls. One sample call for creating a user (basically adding a user in your firebase database) is shown on the demo page, other calls can be used in a similar fashion.

What is the difference Firebase Authenticate and Firebase Service Account. a little confusing for me. I want to buy it, but I’m not sure whether it’s useful for me or not.

Hi,
Firebase Authenticate will allow accessing your user’s firebase accounts while Firebase Service account will connect only to your own preconfigured account.
please read this article about service accounts
https://cloud.google.com/iam/docs/understanding-service-accounts

Hi, I am still struggling to connect to my Firebase DB using your Firebase Service Account plugin - do you have a step-by-step tutorial? also, one you have successfully connected does the plugin successfully parse the JSON data that is returned from Firebase in a usable format in Bubble eg; list that can be used to display data in a Repeating Group?

Hi Rogelio,
we have detailed instructions on the page and a demo. Unfortunately not more than that. Did you get your keys generated correctly? all the data returned from Firebase is Json, which you can then use in a Repeating group

I do have my Service Account details including my private_key, project_id etc… but looking at the configuration of your demo app, where do you get the auth param value from, I think that is what I might be missing? 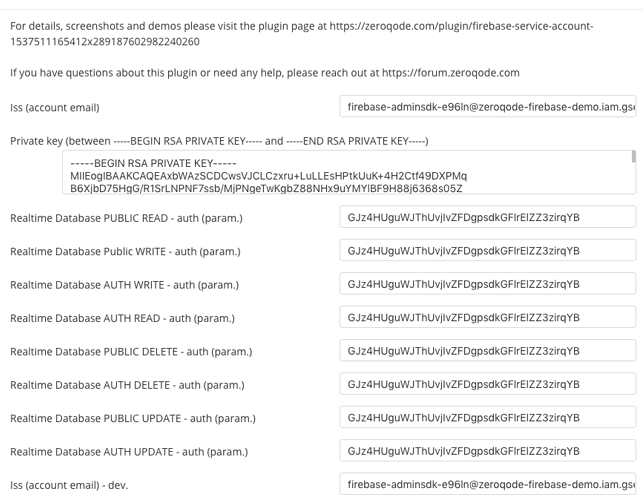 Hi, I was hoping for some direction with respects to me query about ascertaining the auth param as per my last post?

Hi Rogelio,
i will check with our dev and see if we can help here

we are about to upgrade this plugin, pleas stay tuned for some updates shortly.